5 beautiful cities in France for avoiding the Paris crowds

France is one of the most popular tourist destinations in the world—for good reason. 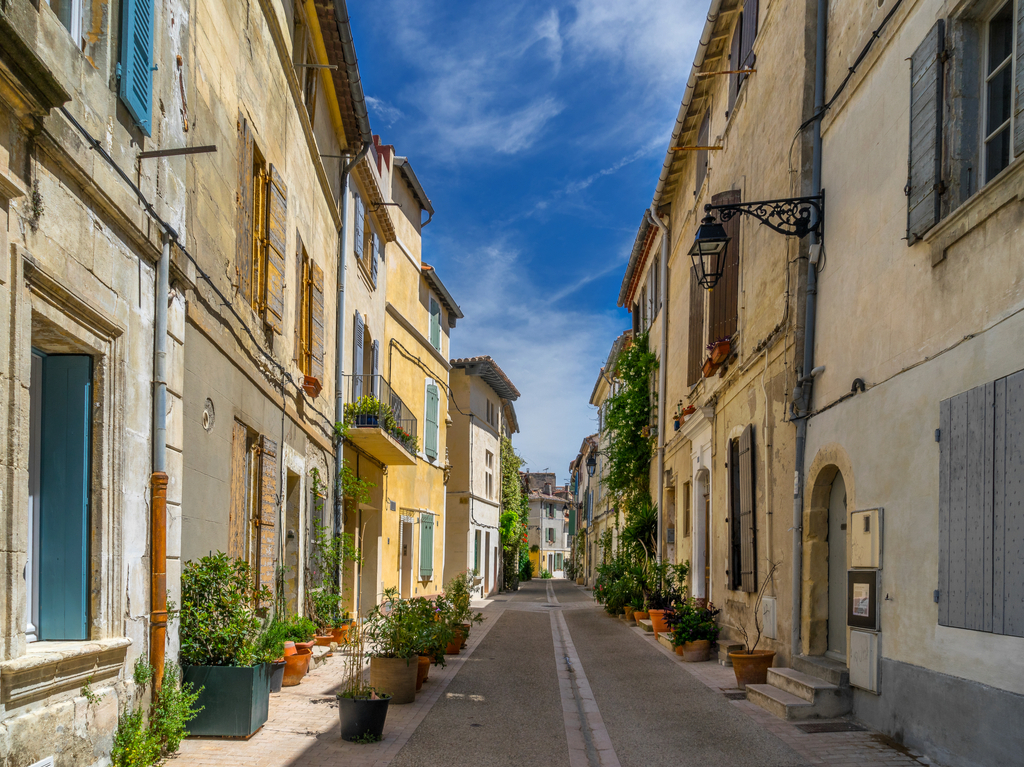 With 35 million visitors to the Paris region in 2018, overtourism is a real concern for France’s capital city and those who love it. While it’s hard to avoid the pull of the City of Light, the country has many alluring villes waiting to be explored. (Read more about why overtourism matters.)

So the next time you plan a trip, spread the love. Each of these five French cities offers enough history, food and wine, shopping, art and culture, and that certain French je ne sais quoi to satisfy any Francophile’s cravings. 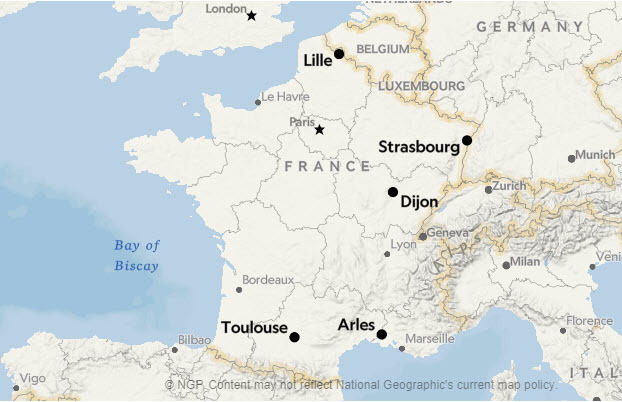 Vincent van Gogh fell hard for Arles, and painted some of his most memorable masterpieces while living here from 1888 to 1889. With a wealth of Roman and Romanesque UNESCO sites, atmospheric streets, and 300 days of sunshine a year, it’s easy to understand why. Download a van Gogh Walking Tour Map that connects sites where the artist painted, or appreciate his art by stopping at the Fondation Vincent van Gogh. The two-tiered Arles Arena, modeled after Rome’s Coliseum, invites spectators to watch spectacles and concerts, including summer Tuesdays when theatrical and sporting events pay homage to the chariot-racing, gladiatorial days of yore.

Sustainable travel tip: Taco & Co offers tours around Arles via electic bike. You can hire them to schlep you and your luggage to and from the train station, too.

As the capital of the Alsace region, Strasbourg perfectly blends French and German cultures. The UNESCO-protected medieval core is actually an island, so a boat tour is the best way to explore. The scenic Petite Franceneighborhood, however, is made for meandering, thanks to cobbled streets, arched bridges, and half-timbered houses with overflowing flower boxes. You can taste the city’s dual German-French history with specialties such as choucroute (sauerkraut) and tarte flambée, also known as flammekueche, a thin crispy dough topped with fromage blanc, sliced onions, and bacon. Come December, the area around the gothic Cathedral Notre Dame de Strasbourg transforms into an enchanted snow globe scene when the famous Christmas Market splashes the city with holiday magic. (Discover more of the best Christmas markets in Europe.)

Sustainable travel tip: Well-marked cycling routes roll by historical sites and parks, such as the Parc de l’Orangerie, the largest green space in the city, also home to a breeding sanctuary for storks, the symbol of Alsace.

Once the seat of the powerful Dukes of Burgundy, Dijon’s rich history is preserved in its slew of medieval buildings and Renaissance façades. It’s also known for gustatory delights, and a myriad of bistros and Michelin-star institutions serve the best of Burgundy cuisine. Wander through the Place de La Liberation, anchored by the 14th-century Ducal Palace and the Musée des Beaux Arts. Kids will love splashing in square’s bubbling fountains, too. Burgundy’s grand cru terroirs were recognized by UNESCO in 2015, and Dijon is the perfect pied-à-terre for oenophiles who can drive the Route des Grands Crus, or test out the city’s cozy wine bars such as Le Caveau de la Chouette.

Sustainable travel tip: Maille boutiques offer the world-famous Dijon mustard on tap, but support local by learning to make your own pungent souvenir from a Burgundy family.

Easy to reach from Paris and Brussels, and a stop on the Eurostar route to London, Lille, the birthplace of former French president Charles de Gaulle, might be France’s best-kept secret. Once an important merchant center of French Flanders, Lille is still a retail therapy haven. Shop luxury names like Hermès and Louis Vuitton on Rue de la Grande Chaussée, or treasure hunt the first weekend in September when an enormous flea market known as the Braderie de Lille takes over the city. At La Vieille Bourse (old stock exchange), a grand 17th-century building, find a secondhand book marketTuesday through Sunday. Need an art fix? Lille’s Palais des Beaux-Arts is one of France’s largest museums, and has so many masterpieces, you’ll hardly miss the Louvre.

Known as La Ville Rose (the Pink City) for the color of the stone used in many of the buildings, this southwestern city offers something for everyone. Tens of thousands of French and international students call it home, and are spoiled for choice when it comes to tapas (Bodega Chez Vincent is well loved) and drinks (Chez Tonton is a perennial favorite). Toulouse holds two UNESCO World Heritage sites: the Canal du Midi, popular for barge cruising, and the Basilica of St. Sernin, the biggest Romanesque building in Europe. The sunny weather means makes chilling along the banks of the Garonne River a popular pastime, and the Pyrénées mountains, less than two hours away by train, are epic for hiking and skiing. Don’t leave without a taste of cassoulet, a hearty stew of Toulouse sausage, white beans, and duck confit. Try this dish and other regional specialties at the Marché Victor Hugo.

Sustainable travel tip: France’s space capital, Cité de l’Espace, is just a half-hour bus ride from the center, and showcases the wonders of the final frontier through exhibits and special programming.

Kimberley Lovato is a self-proclaimed Francophile and frequent contributor to National Geographic Travel. Follow her on Twitter.